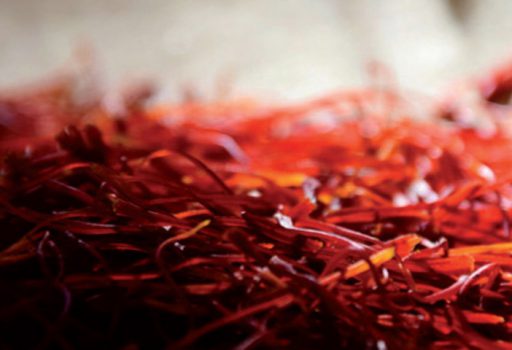 Saffron’s qualities come from three main chemical components: crocin, which accounts for its coloring effect of yellow; picrocrocin, a bitter glucoside that gives it its flavor; and safranal, which gives it its scent. By analyzing these three components, it is classified into four international product categories (according to the standard ISO 3632-1/1993) that certify its quality. Tests on samples of San Gimignano saffron place it in category I, the finest quality category.
San Gimignano’s saffron is sold keeping its “stigmas” – as the saffron threads are called – as they are. The choice to keep the saffron as it is found in nature, rather than in powder form, is intended first and foremost to prevent it from being adulterated. When it is ground, consumers could have trouble telling authentic saffron from one made by replacing or adding other components. Even Pellegrino Artusi – famed godfather of Italian cuisine and author of an early cookbook – made this suggestion. “If you have a bronze mortar in the house, buy saffron in its natural state and then pound it into a fine powder and melt it in a bit of hot broth before adding the rice that you will later serve with parmesan.” This 19th-century advice is still current, but, for an even better result, just use room temperature, or slightly tepid, water.