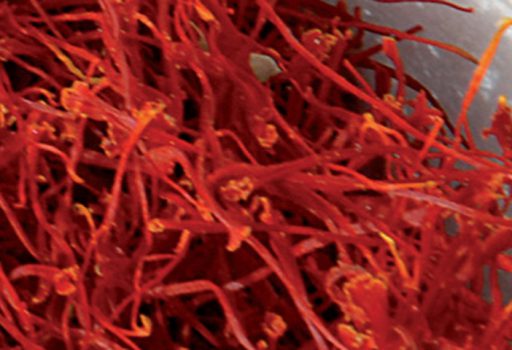 Over the centuries, saffron’s versatility has been one of its most admired features.
The crocus was used for dyeing wool and rough fabrics until the end of the 16th century. These processes were strictly regulated; cloth and wool makers had to follow stringent rules and the city government carefully monitored the businesses.
Another quite common use was medicinal. Historical documents of the herbalist shop Spezieria di Santa Fina, show that saffron was an essential ingredient
in 14th – 17th century pharmacology. Especially fascinating is an ancient recipe for a fine elixir of life, found in a box in 1631 that had been sealed, evincing how precious its contents were thought.
And let’s not forget that saffron was used in painting as well. Beautiful testaments to its use are seen in the paintings of the Sienese and Florentine schools (and they are not alone).
Saffron was much sought after as a condiment, for its aroma and flavor as well as for its color, which makes food particularly appetizing.
The oldest historical document in San Gimignano on saffron’s use in cooking is a resolution from the Community Council of 1228, authorizing reimbursement for expenses occurred on a mission by the magistrate Gregorio. It tells us how they lunched cum uno chapone, una ghallina et quatuor fercolis carnium porchi et in ovis et pipere et croco.