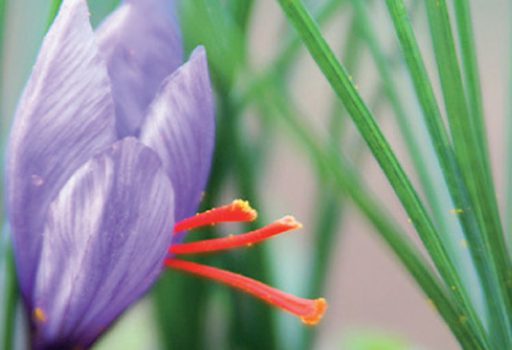 Documentation proves that saffron has been grown in San Gimignano since the 13th century. Medieval sources about it are so exceptionally abundant that we can even reconstruct the location of the lands used for it. The oldest documentation even tells us which families were involved in growing and trading it. We can also see that so much was earned from these businesses that many families made their fortunes.
Some spent those fortunes building San Gimignano’s famous towers, the pride of the town.
We also have documentation of a substantial flow of saffron grown here exported throughout the Middle Ages to major European markets and Eastern Mediterranean markets, using the ships and trade facilities of Pisa and
Genoa.
And of course this was at a time when all other spices were traveling in the opposite direction. This uncommon reversal of roles between sellers and buyers attest to the great trade skill of San Gimignano’s merchants as well as its saffron’s intense quality and renown. Given how precious it is, it comes as no surprise that saffron is mentioned in historical documents as a gift given in tribute to famous people of the era, such as the emperor Frederick II and King Charles of Anjou. The downside of this market dominance was being susceptible to fraud and adulteration.
Stringent rules governing saffron’s weight and quality were set on many occasions by the town government. Saffron fell into a decline in the early 17th century, which would still be ongoing today, but for a few saffron producers and institutions that undertook the painstaking task of restoring saffron to its traditional glory. The PDO (Protected Designation of Origin) mark that saffron bears today is the highest recognition of its excellence, a welldeserved tribute to its extraordinary history.